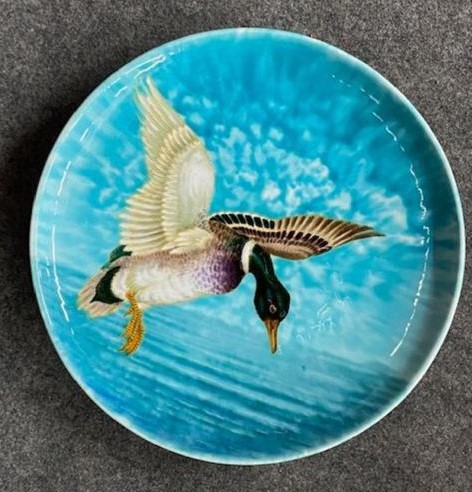 Ceramic plate with a mallard on a blue background attributed to E. Carrière

Our plate presents a realistic duck with its wings spread out and its head bent on blue background copying the sky and water. These two elements are distinguished themselves remarkably thanks to their realization. For the water, the artist has created a move with horizontal lines, while for the sky it’s more a concentric move going toward the plate edges. The white and blue tons depending on the enamel density bring an extra touch of realism in the sky as in the water.

Ernest Carrière was a student at the École Nationale des arts décoratifs in Paris before finishing his apprenticeship with his brother the painter Eugène Carrière (1849 – 1906) to whom he is quickly compared to. He becomes one of the principals Deck’s co-painter from 1887 until the end of the 1890’s. His decors on ceramic are mainly birds and are named Savage ducks’ fly, Golden pheasant or even Swallow of the seas. His birds are depicting with a very high precision and an extreme clearness thanks to his enamels mastery as our plate shows.

Plate depicting the portrait of Sarah Bernhardt in Doña Sol 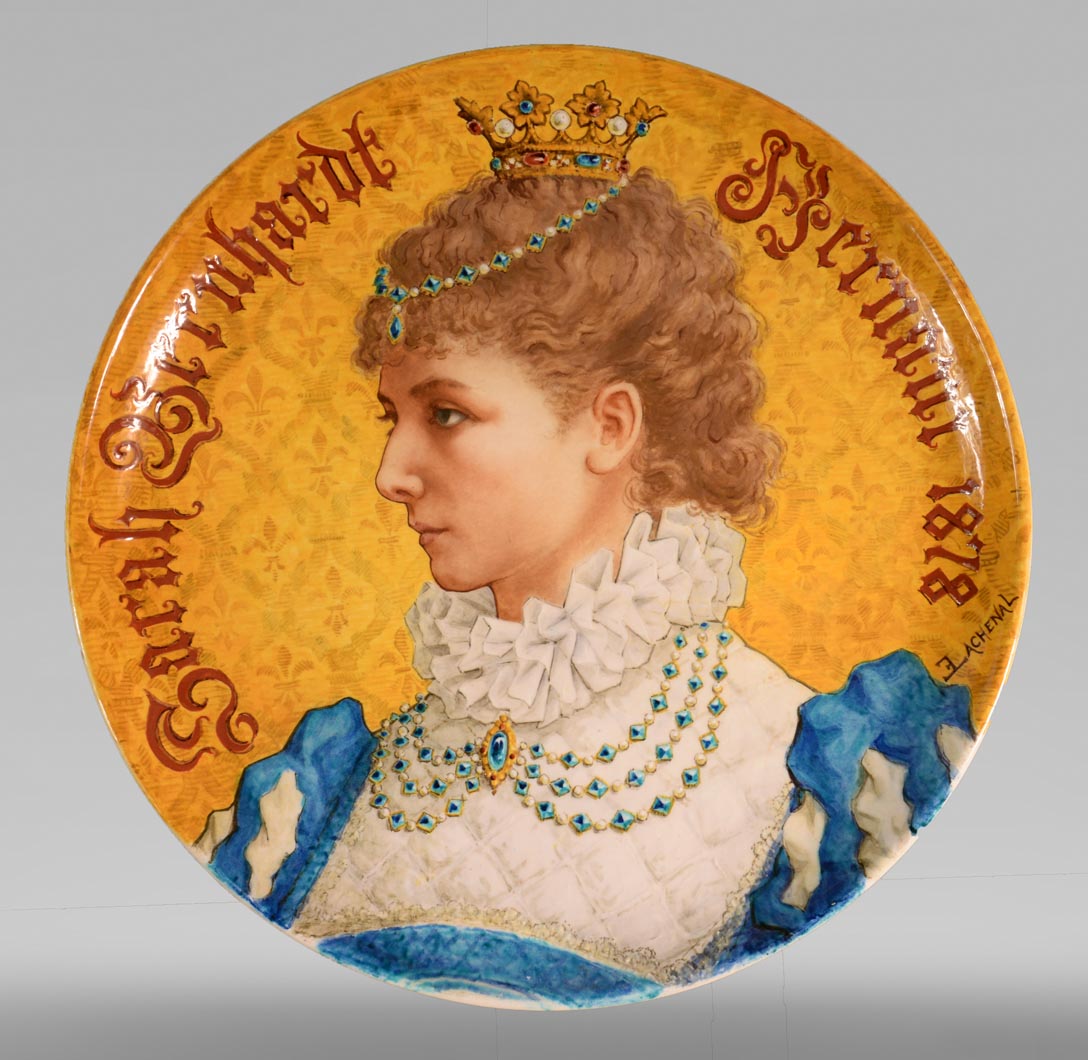 Marked in the decor « ELACHENAL »  and dated “1878”.
Stamped on the back «TH. Deck»
Material : Glazed ceramic
Provenance  : France, circa 1878
Dimensions : D : 61 cm
Previously in the Galerie Marc Maison collection 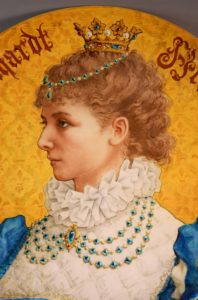 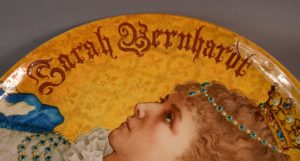 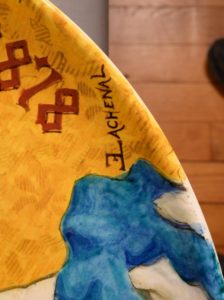 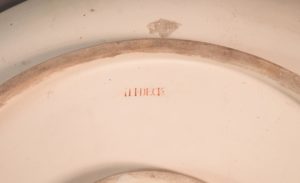 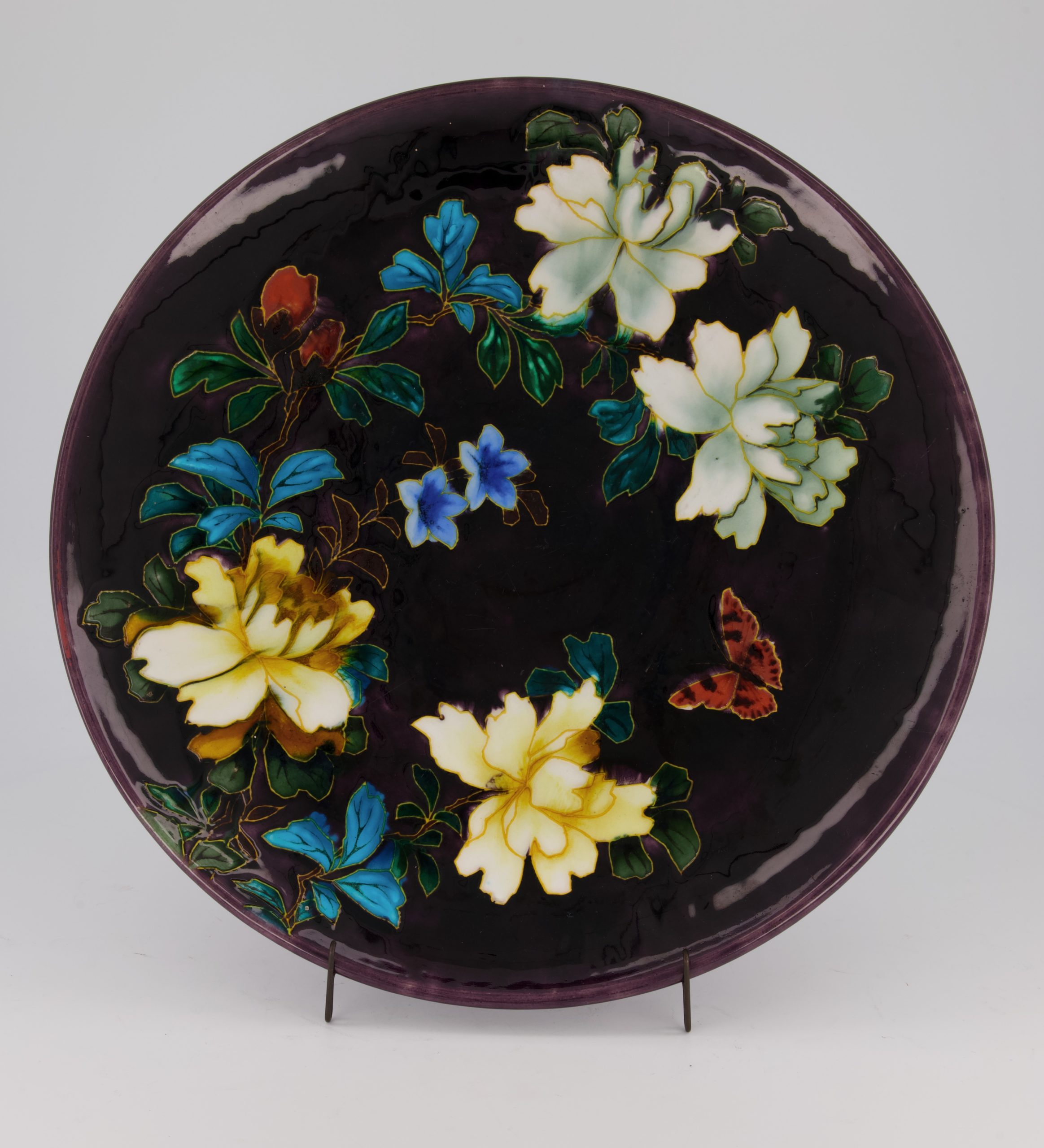 Plate with a decor attributed to E. Lachenal with flowers and butterflies on a purple background

The decor of this plate composed of flowers and butterflies is attributed to the artist Edmond Lachenal (1855-1948) who works at the factory as a student and then as a workshop chief between 1875 and 1881 before opening his own. A plate with a similar decor also on a purple background and bearing the signature “E.L.” on the decor is today kept in the Metropolitan Museum of Art in New York. The stylistics similarities allow us to attribute the decor of our plate to the same artist.

Plate at the MET
marcmaison.com 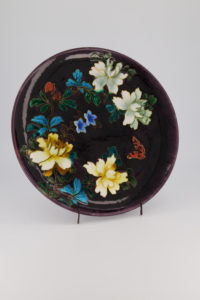 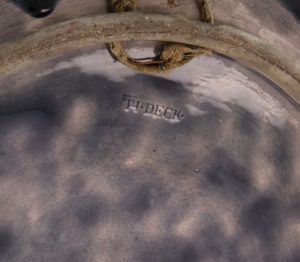 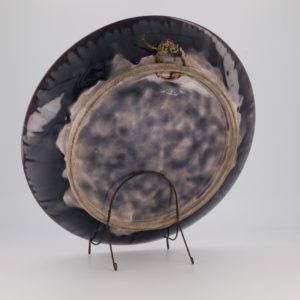 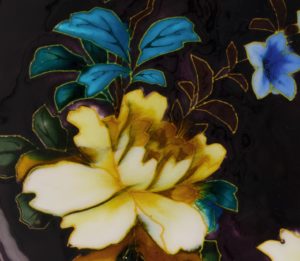 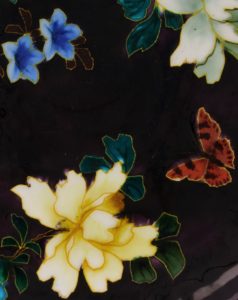 Plate decorated with petunias and a butterfly

Lot of petunia flowers on a leafy branch are standing out again a purple background. They are accompanied by a lonely butterfly, symbol of happiness and immorality in the Japanese culture. The artiste enchants us by the dazzling colors he chose for this plate’s decoration and that he succeeds to make harmonious. Flowers are painted in yellow, orange and white. While some of the leave are green, others are painted with the famous artist’s turquoise blue and remind of the butterfly’s wings. 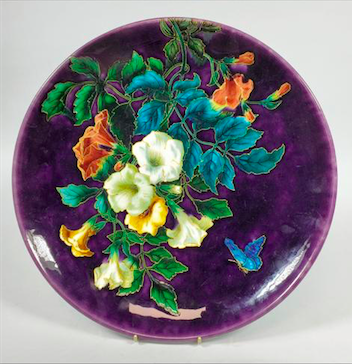 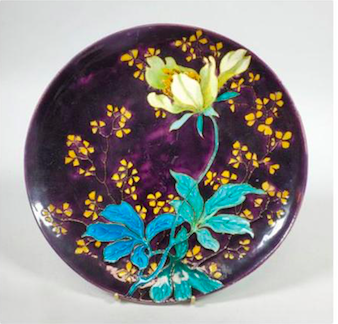 Plate with a decor attributed to E. Lachenal with a poppy flower

Our plate shows a poppy flower which appears very often on Deck’s patterns, on a purple background. The poppy flower is colored in pale yellow with a leafy stem colored with the artist’s famous turquoise blue. On the background we can also see branches with small leaves colored in ochre reminding the Japanese gardens.

Plate at the MET

Edmond Lachenal has contributed to the rebirth of the ceramic in the late 19th century. After an apprenticeship in 1870 with Théodore Deck, and becoming his workshop’s chief five years later, Edmond Lachenal decides to create his own in the Parisian region in 1881. He starts by being inspired by the Hindu and Persian arts, then lead his work toward the Japanese art and the Art Nouveau, while creating a velvet or frosted enamel thanks to a ceramic electroplated process. It’s especially thanks to his representation imitating nature (batrachian and diverses animals), the purity and the power of his colours, that he excels and seduces the public and the artists of his time such as Auguste Rodin (1840 – 1917). As much in the creation of shapes and decor as in the making processes, Edmond Lachenal was an innovator with gave him an immediate succes.